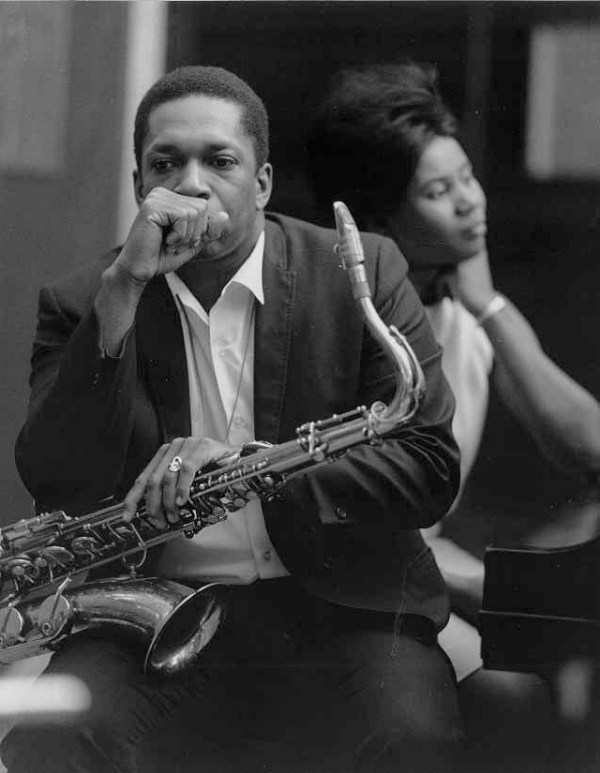 Help save The Coltrane Home in Dix Hills, New York, and create a sanctuary of music, community, and preservation. Click here for more information: https://zurl.co/lsph

John and Alice Coltrane were arguably two of the most important American musicians and composers of our time, cutting across genre, generations, and geography. Their home in Dix Hills, New York, was almost demolished in 2004—but our team was able to save this incredibly important piece of American history. Now, we need your help to bring it back to life. 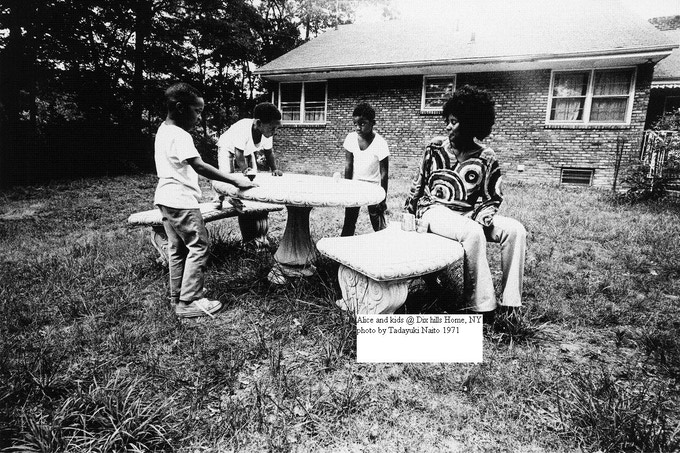 Alice Coltrane and kids in front of their home in 1971. Photo by Akiyoshi Miyashita 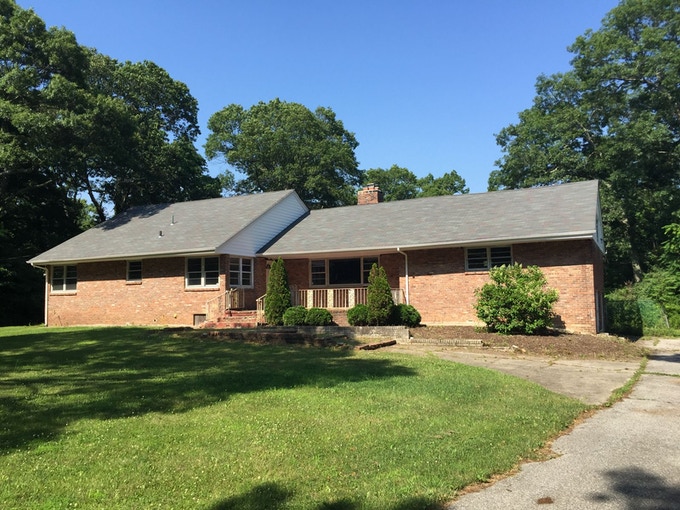 The John and Alice Coltrane Home is a historic site, designated a National Treasure by The National Trust of Historic Preservation in October 2018. Inside the home, John Coltrane composed A Love Supreme — considered one most influential albums of music of all time — and Alice Coltrane recorded her groundbreaking Impulse! albums, including A Monastic Trio, Universal Consciousness, and Journey in Satchidananda in the basement recording studio.

The music conceived and created under its roof is some of the most important art made during the 20th Century. 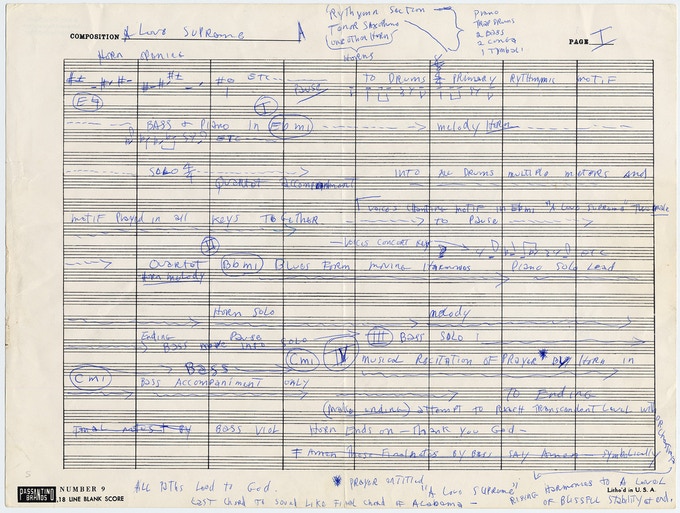 The Coltrane Home is a nonprofit organization, working with supporters from around the globe to restore this sacred site and provide a direct connection to the Coltranes. 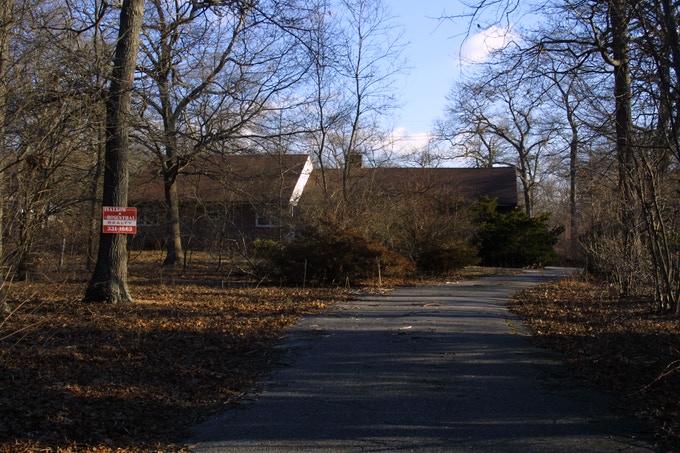 The home will inspire people of all ages by providing a historical tour, workshops, concerts, and other presentations to the community and beyond.  But first, we urgently need funds to repair the home itself—namely, the brickwork and foundation—along with restoring the interior to its former glory, to be available for generations to enjoy, learn from, and interact with.

Once this next step is completed, we can move forward with the restoration, creation of archives and cultural center in the space, and opening the home to the public! 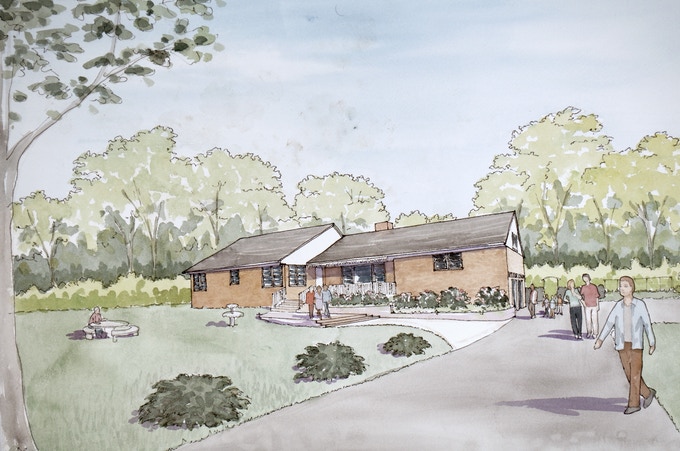 Rendering of the restored home. 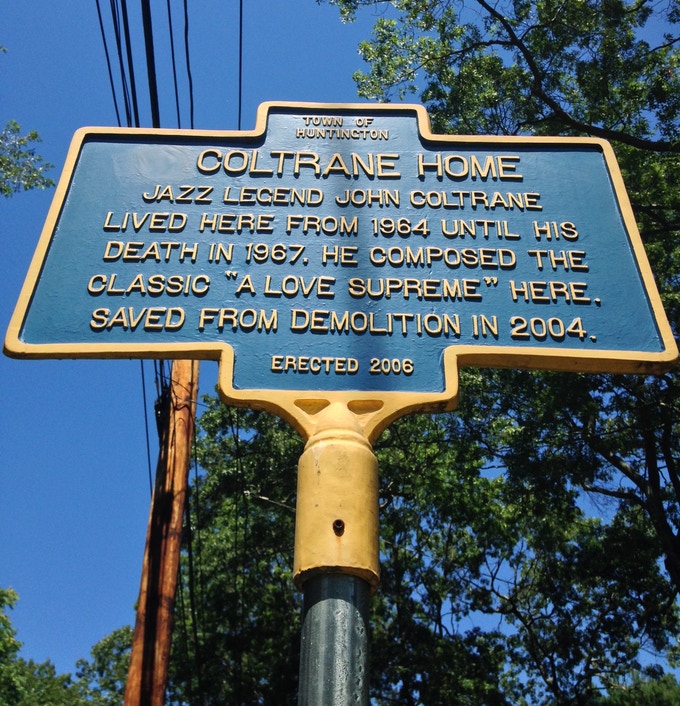 A place for inspiration

The restoration of the Home will allow visitors to experience the lives of the Coltrane family like never before, with interactive digital and hands on exhibits providing historical context and an immersive experience. Visitors will get to experience the famous basement recording studio where so many music legends — including Joe Henderson, Pharoah Sanders, Ron Carter, Jack DeJohnette, and more — recorded with Alice.

The legacy of John and Alice Coltrane will be heard and felt in every inch of the home, and our hope is to leave each person who visits inspired to use their own creativity. The Meditation Room and other spaces will host music workshops, community events, and other educational gatherings.

Set on 3.5 wooded acres, the Home will be surrounded by the Alice Coltrane Memorial Garden and landscaped grounds creating a beautiful sanctuary, a magnificent destination to evoke a state of serenity and sense of exploration and wonder.

Alice and John Coltrane were creative giants.  Their music is some of the most important art ever created, recorded, and performed. 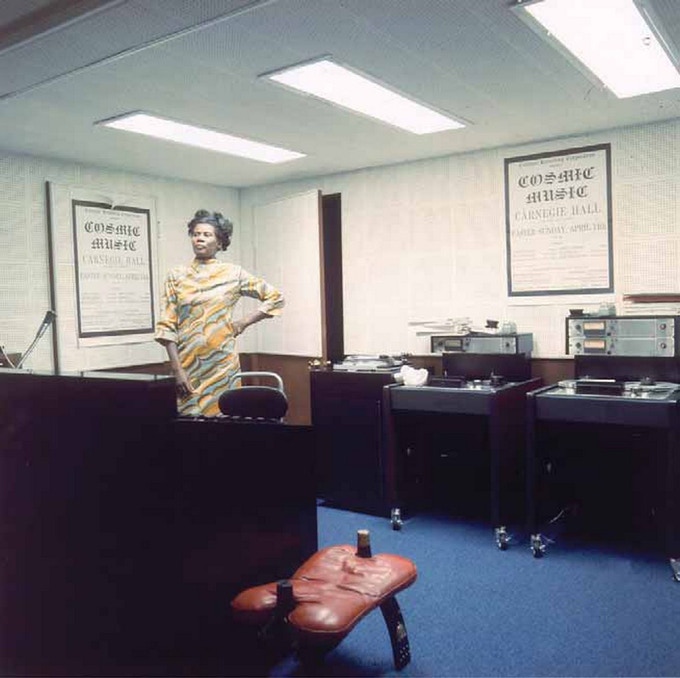 John Coltrane met Alice McLeod in New York City in 1963. One year later, they moved into their Dix Hills home with Alice’s daughter, Michelle; their first son (John Jr.) was born, and John composed A Love Supreme. Alice joined John’s group, the Classic Quartet, in 1965, and the couple married and had two more children, Ravi and Oranyan. After John’s death in 1967, Alice wrote and recorded seven albums in her basement studio before she sold the home in 1973. 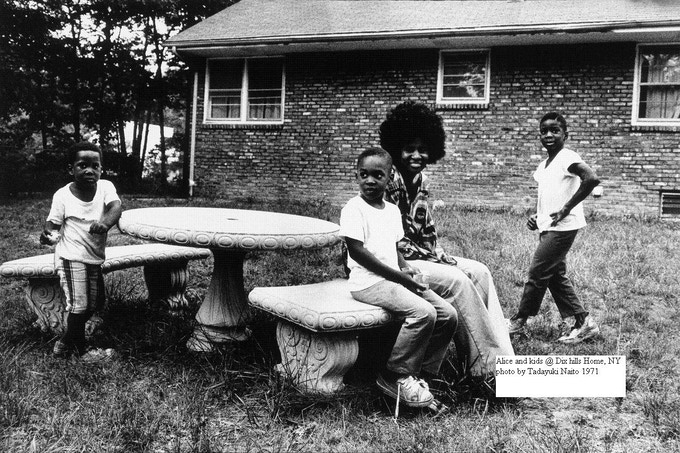 John Coltrane was unquestionably one of the most impactful musicians in the history of jazz. Yet perhaps more than any other jazz musician, John Coltrane’s music has forever changed music outside of jazz. From rock to rap, many music greats — like The Grateful Dead, The Doors, The Byrds, Carlos Santana, The Allman Brothers, Mos Def, Common, and so many others — have spoken of the enormous influence of John Coltrane. John Coltrane helped open the doors of improvisation, risk taking, and personal expression on the stage and in the studio. 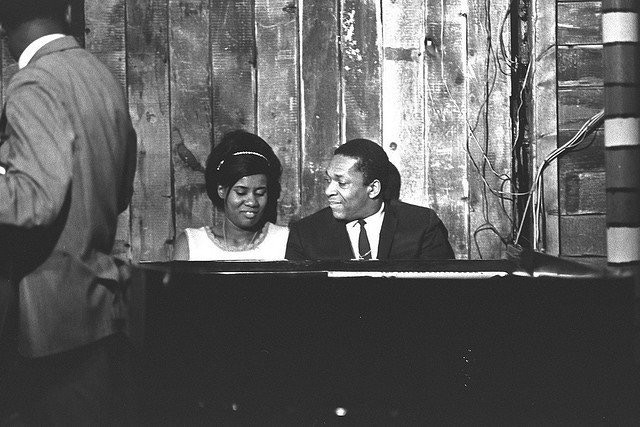 Honoring both John and Alice Coltrane, the home will serve as an epicenter for education and empowerment through its community outreach, events, and education programs. 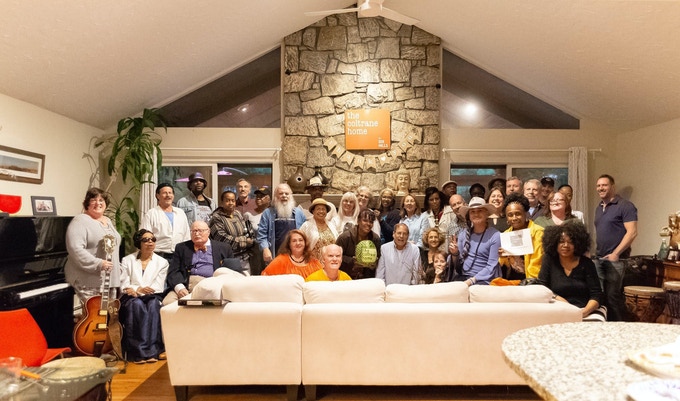 The home’s early supporters have successfully raised funds and overcome the first major hurdles and massive undertaking: the elimination of mold, complete roof replacement, and other work that was needed from the home being abandoned for several years before the purchase, and suffering extensive water damage. 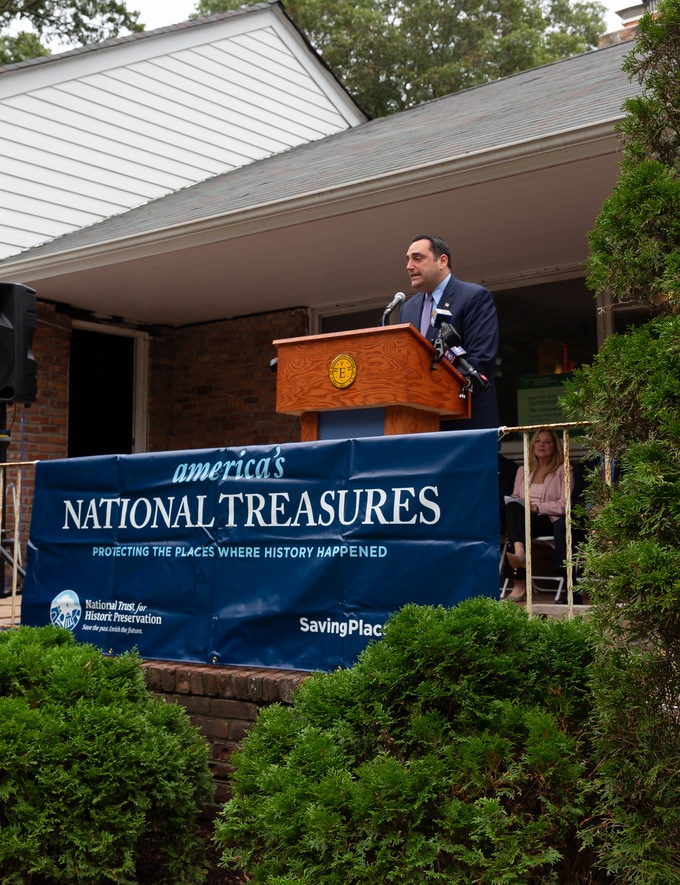 Why is our project important?

More than just celebrating two iconic artists, The Coltrane Home brings together critical themes of social justice, empowerment, courage, and creativity. Exhibits, workshops, and the recording studio in the home will highlight themes of social change and awareness. The home will also be a place for the celebration of diversity, collaboration, creativity, and personal expression in music making.

At a time when we perhaps need it most, the home will aim to build community through music. 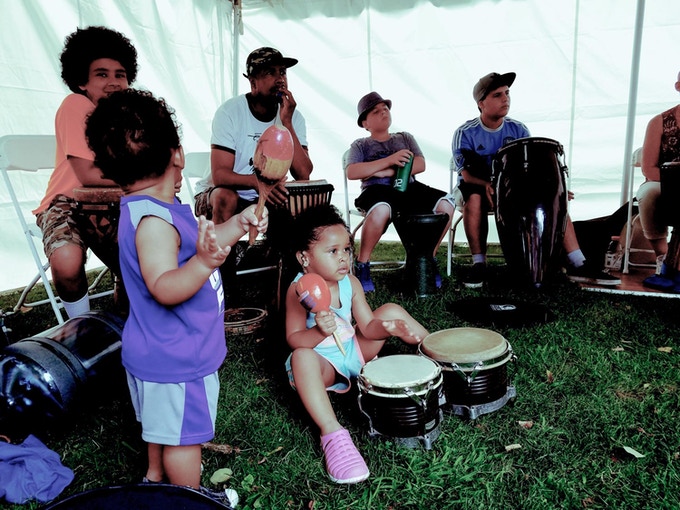 “The Home will inspire people of all ages and backgrounds to participate in the joy of making music and the creative process.” — Alice Coltrane

“The Coltrane Home is a beacon to anyone interested in jazz history, African American history, New York history and American History…. The contribution of John Coltrane is to the level of Einstein.” — Carlos Santana, Honorary Board Chair

“I want to be a force for real good…I know that there are bad forces, forces that bring suffering to others and misery to the world, but I want to be the opposite force. I want to be the force which is truly for good.” — John Coltrane