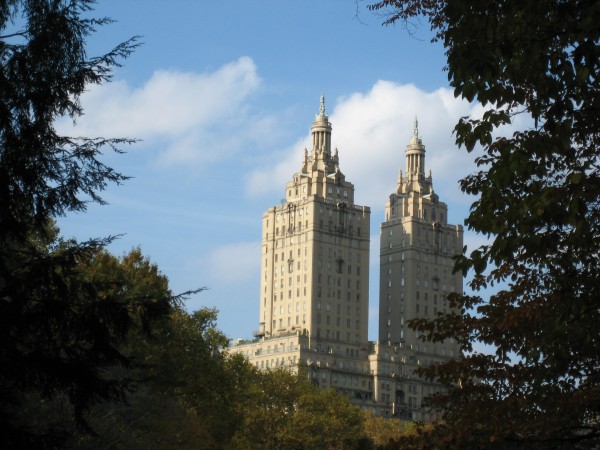 The triplex south tower penthouse widely considered the crown jewel of the San Remo, the twin-peaked Emery Roth masterwork and city landmark on Central Park West, is poised to enter the market for the first time in 25 years. The asking price for the residence, PH26C, along with a two-bedroom two-bath lobby level maisonette, No. 1H, included in the sale, is $75 million, an amount that, if met, would set a record for an Upper West Side co-op and shatter the in-house record of $26.4 million achieved at the San Remo last year.

The seller is the actress Demi Moore, who bought the penthouse with her former husband Bruce Willis from the “Saturday Night Fever” producer Robert Stigwood in 1990 and also acquired the residential maisonette.

The San Remo, at 145-146 Central Park West between 74th and 75th Streets, was designed in 1929 by Roth, who is well known for gracious interior floor plans, swirling staircases, intricate moldings and basket-weave tile baths. The building, with its terra-cotta embellishments, twin terrazzo and marble lobbies, and distinctive twin towers culminating in Renaissance-style Corinthian temples crowned by 22-foot-high copper lanterns, opened in 1930.